Last week the Sole Sister's hiking group I'm now a part of headed northwest of Asheville towards Hot Springs to do a hike by the Laurel River. 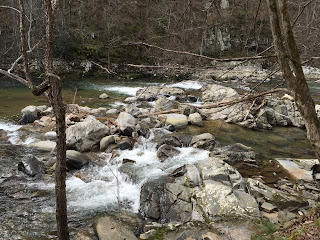 It was a cold morning, and icicles were hanging along some of the trail! 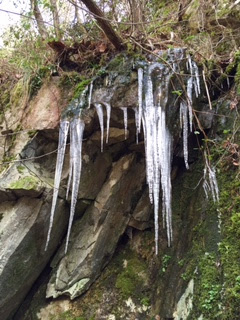 We saw some very white, weird looking rocks.  I'm not sure why they looked the way they did; but there were interesting to see. 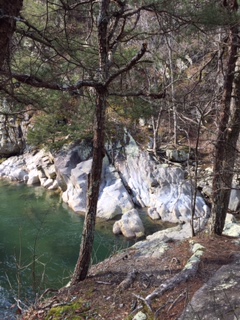 We even saw some rock art!  This seems to be a common occurrence, as I've now seen rock art on two of the four hikes I've been on with the Asheville Newcomer's Club. 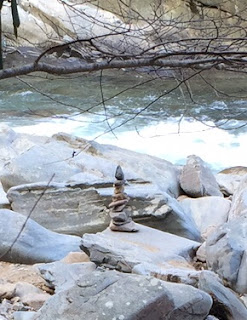 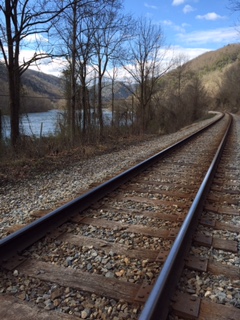 Here I am by the railroad track bridge that ran over the Laurel River just before it meets up with the French Broad. 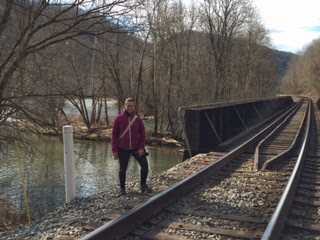 On the way back, we saw several train cars up on a hill.  Someone has apparently converted them into their home.  Way cool!!! 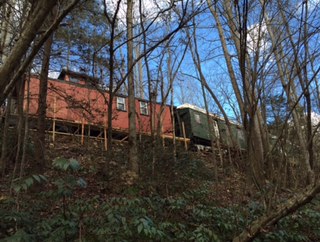