One of my favorite places to visit when I go to Tampa is the Lowry Park Zoo.  And when there are baby critters to see, that makes a visit even more enjoyable!  I saw several babies during my most recent visit earlier this month.

My favorite by far (which will surprise no one who knows me well!) was Berisi, a Malayan tiger cub who was born September 11, 2016.  She is absolutely adorable!  Her name means plump, which she supposedly is because she doesn't have any siblings to compete with milk for from her mom! 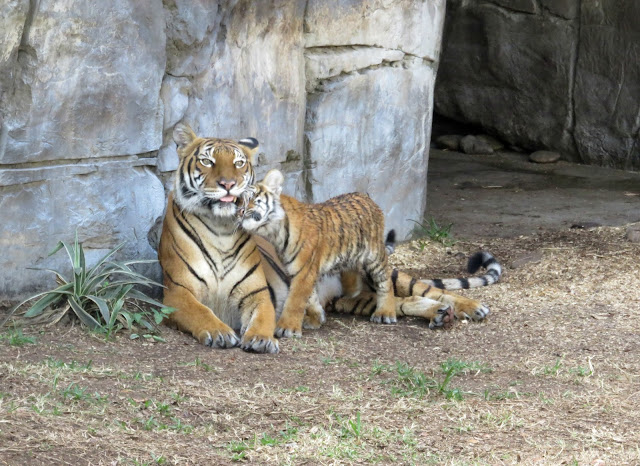 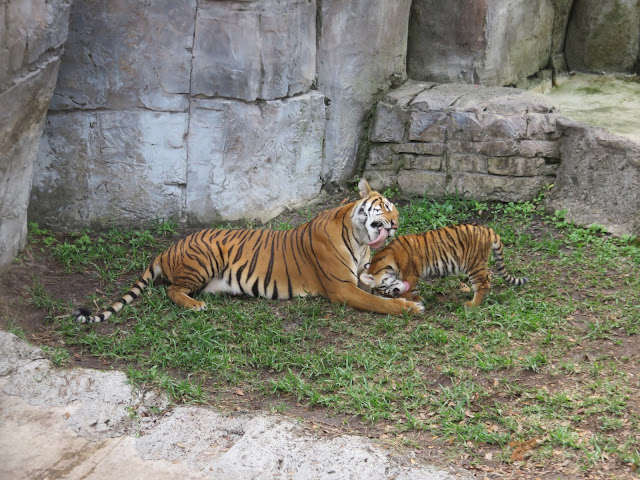 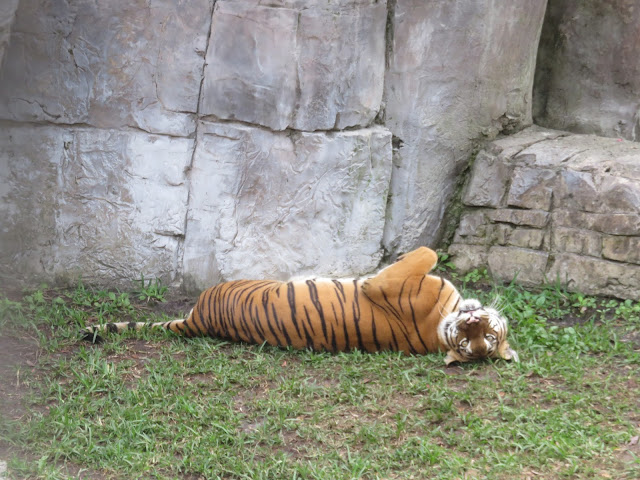 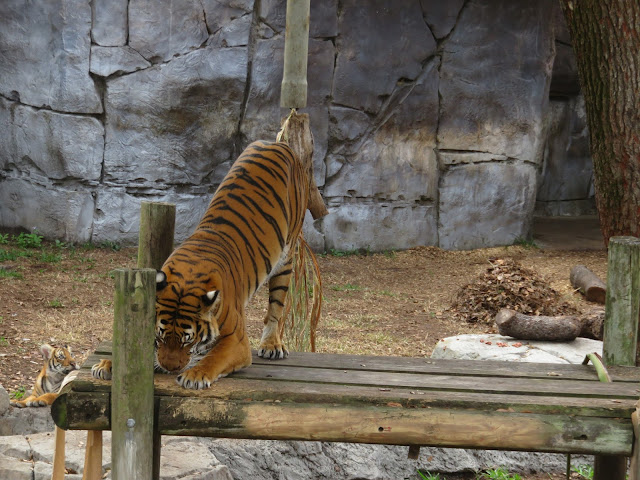 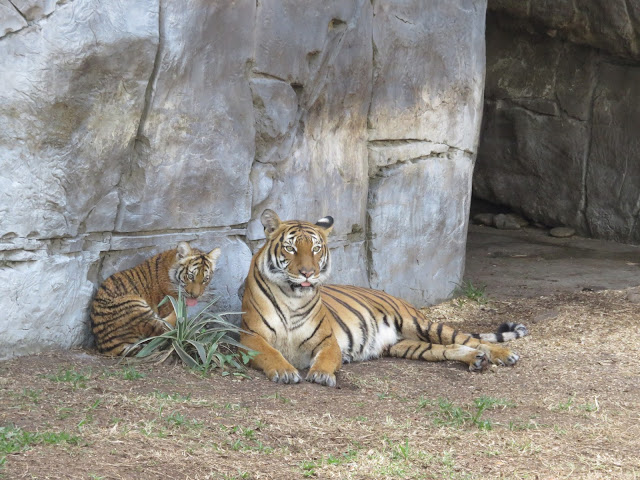 Malayan tigers are a critically endangered species with only about 250 left in the wild, so Berisi's birth is a really big deal.

Kipenzi, a baby southern white rhino born the day after Berisi on September 12, 2016, is another cutie at the zoo.  Her name means "loved one" in Swahili. 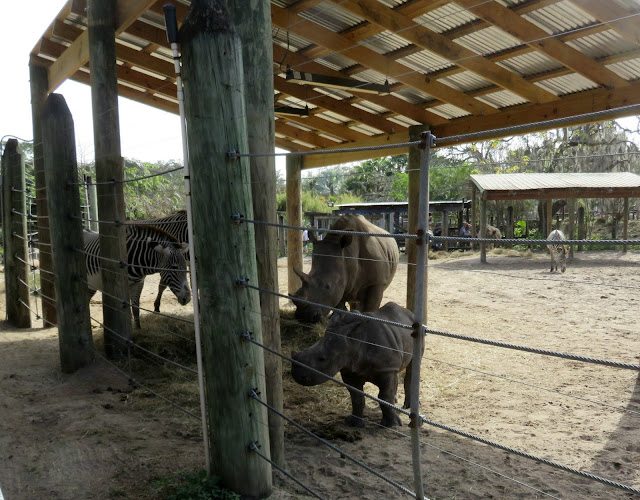 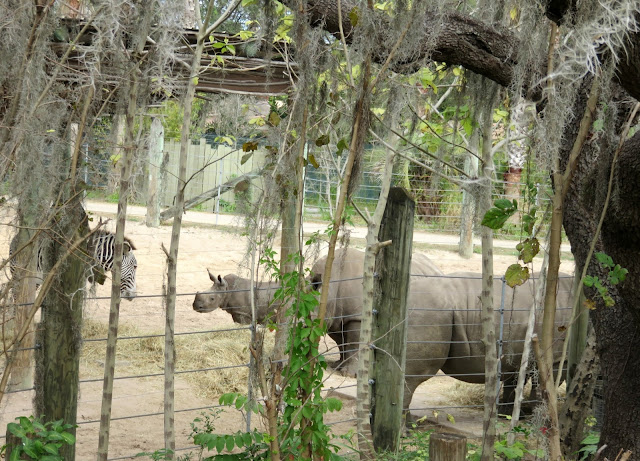 These are Indian gharials, a type of crocodile that I can never seem to remember.  Check out those teeth! 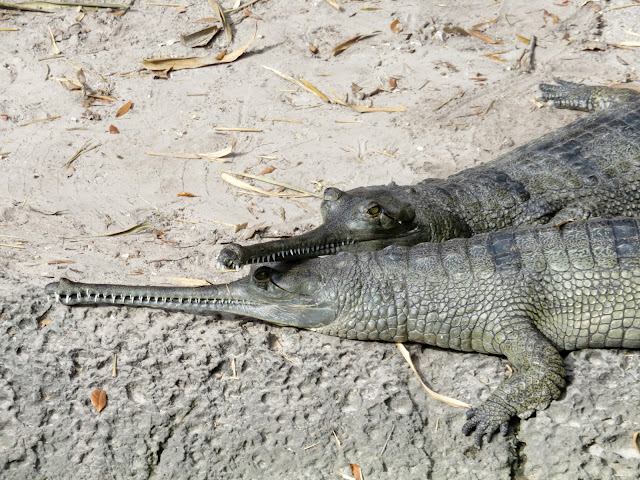 It was hard to get a good photo of the clouded leopard because of the way it's habitat is set up. During one visit, it was laying on a ledge apparently surveying its domain.  The next time we walked by, it was roaming around and quite active. 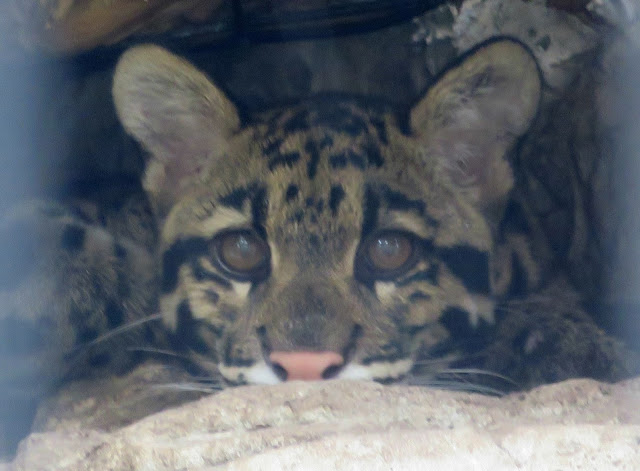 The cheetah was hanging out near the back of it's habitat.  But it was watching those of us who were watching it, that's for sure.  A man with several young kids was standing next to me when I took this photo.  Was the cheetah thinking, "That looks like a good snack..."?!? 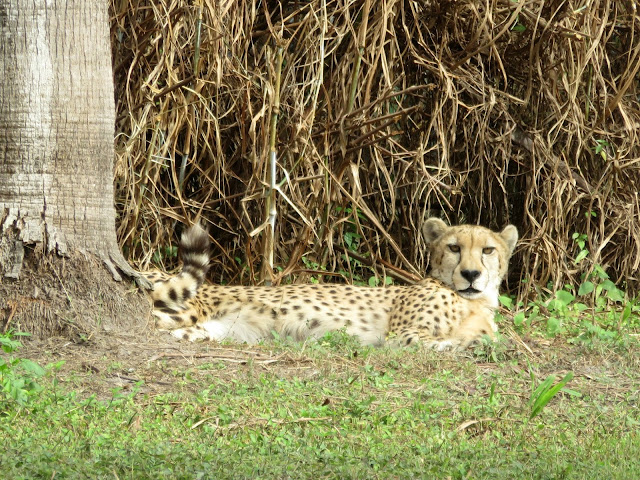 I was very excited to see one of the red wolves this visit.  I often don't see them at all, or when I do, they are curled up in a ball and not moving.  This fellow was out pretty much front and center but took off towards the back of the fenced area before I could get a better photo.  Maybe I'll have even better luck next time. 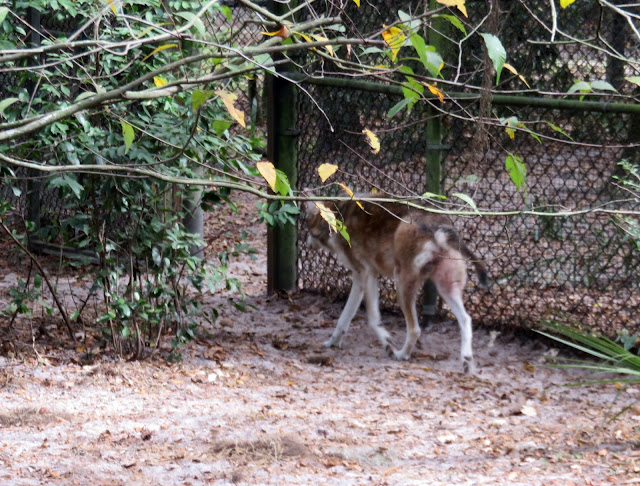 The elephants sure seemed to be having a good time, especially this guy playing with a branch. 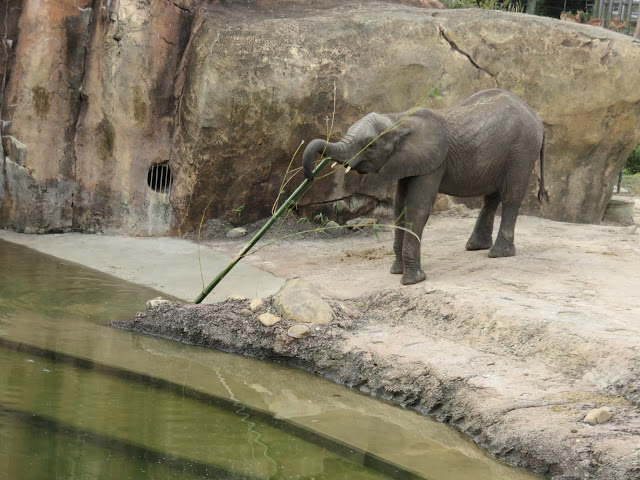 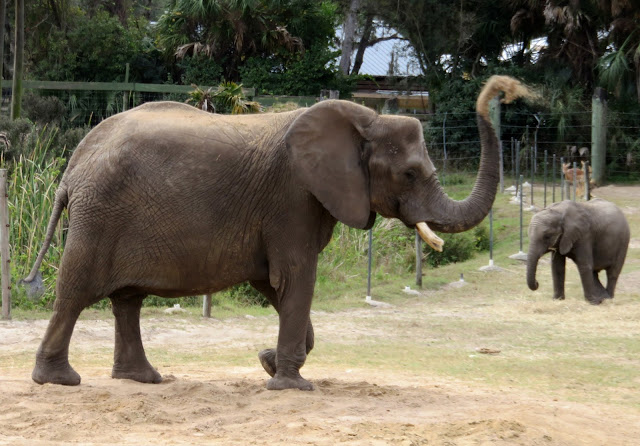 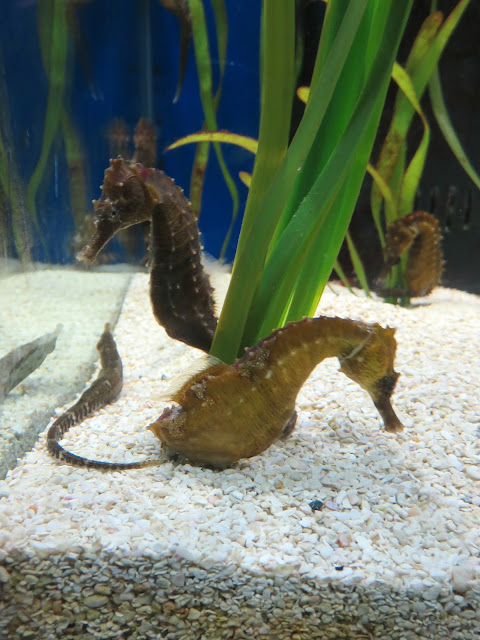 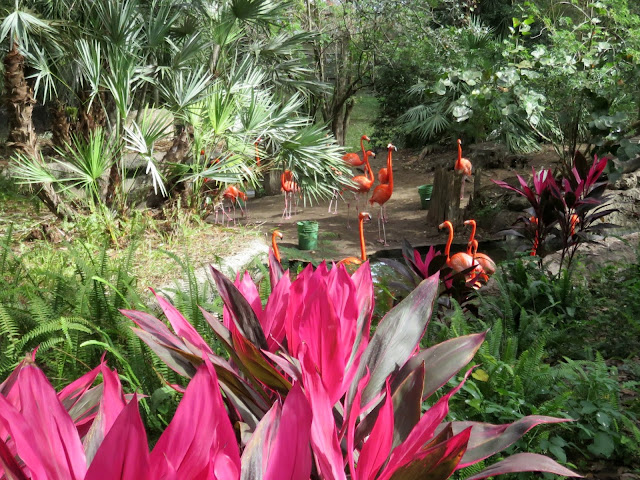 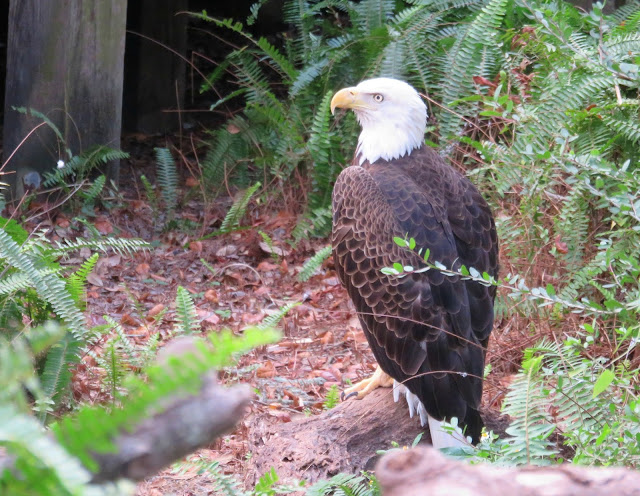 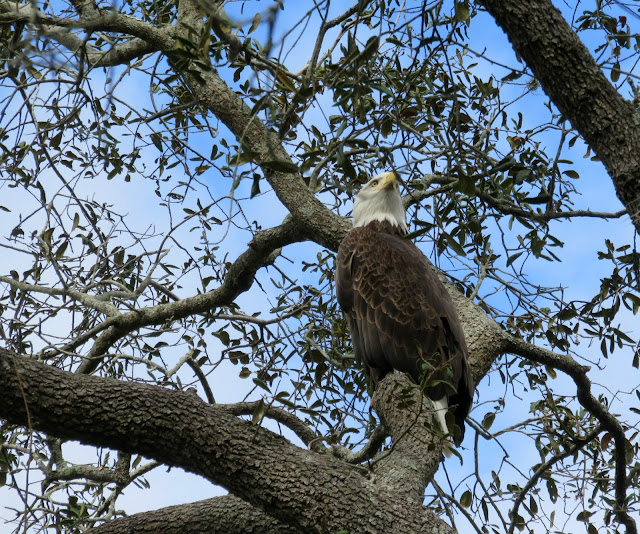