Post 5 of an unknown number of posts that I'll be making over the next few months as I organize and select my favorites of the over 3,000 photos I took while on safari!!!


For me, the highlight of our time in Serengeti (Tanzania) was seeing the elusive cheetahs, of which we did not see any when we were in Kenya.  We made up for it by seeing nine while we were in Serengeti, including a mom and her three cubs!!!  They were little fluffy furballs with white-tipped tails bouncing around in the high grass.  Adorable! 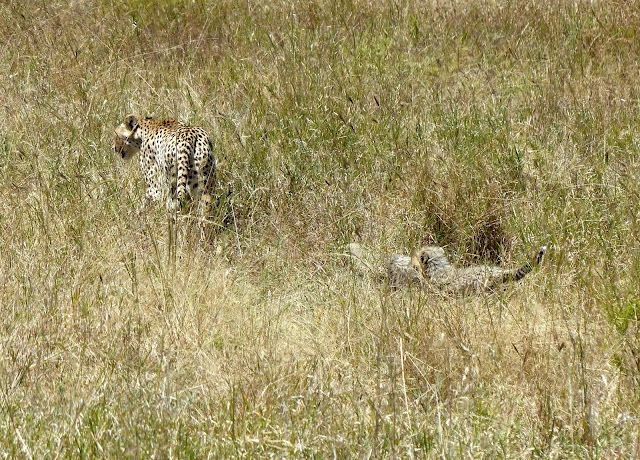 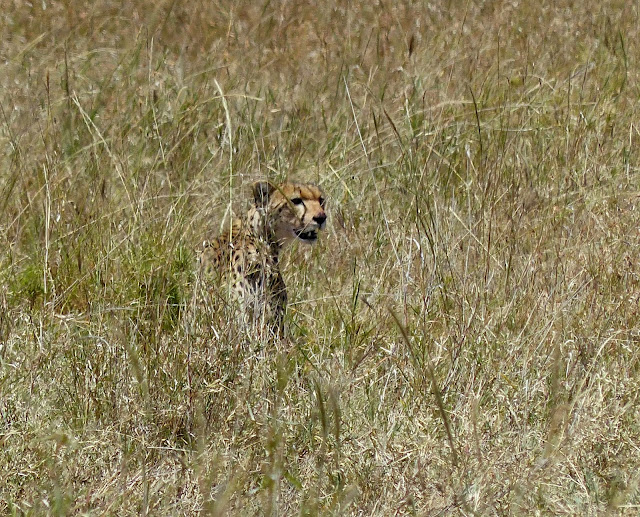 We also saw a lone cheetah, and four others that were hanging out under a tree near a small airstrip. 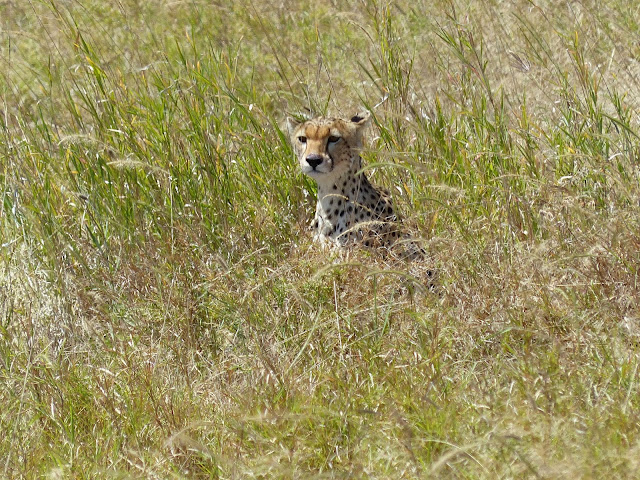 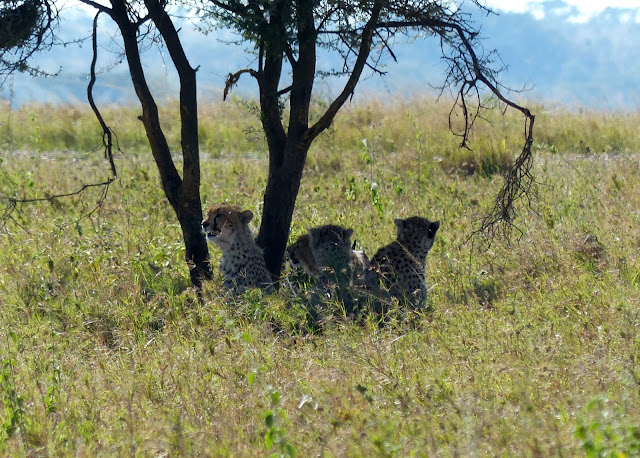 But I digress into my favorites without mentioning the welcoming committee when we first entered the park. 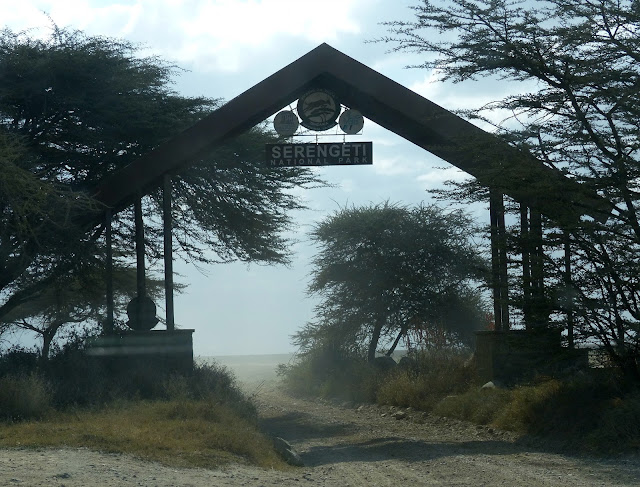 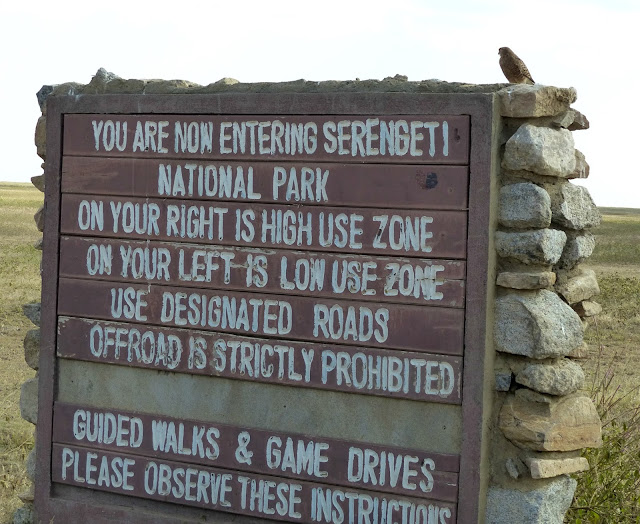 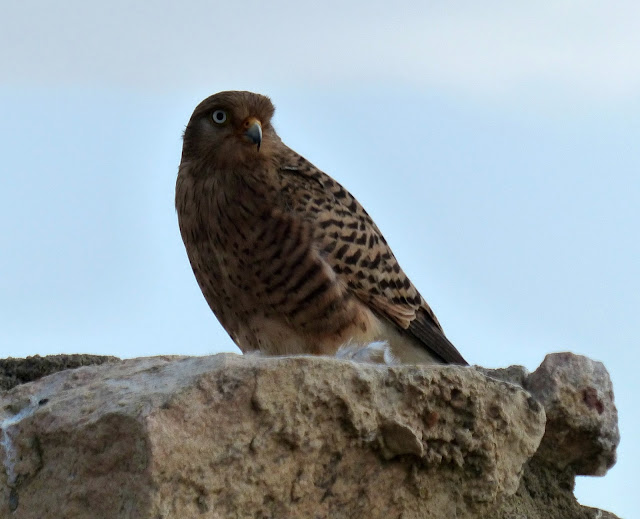 When we stopped for our driver to take care of our entrance fees into the park, we had some time to wander around, and saw plenty of pretty birds,,. including the one and only woodpecker we saw during the entire trip.  I just love the little glimpse of red you can see under his tail and on his breast! 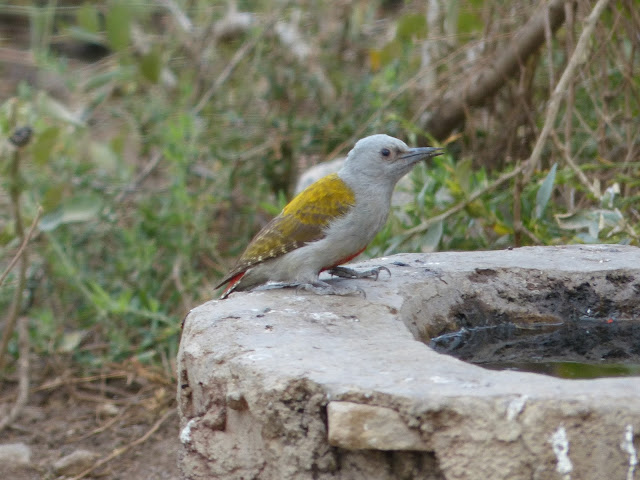 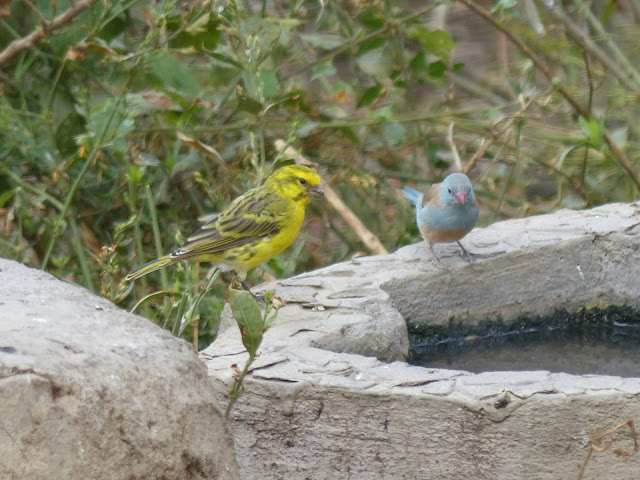 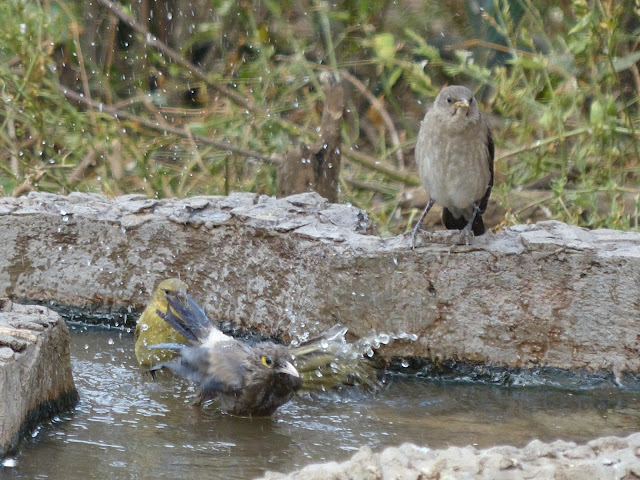 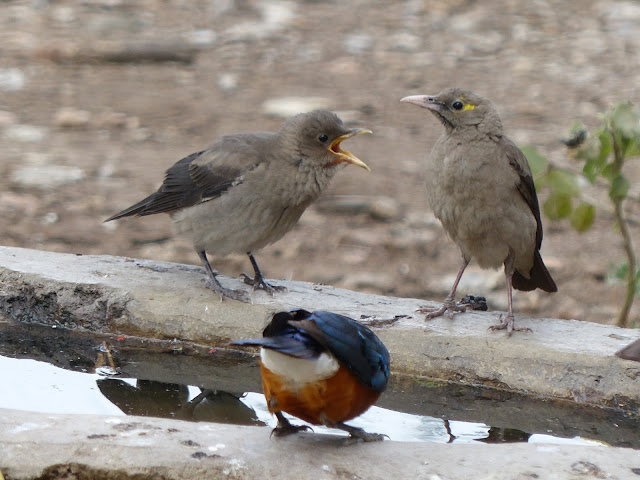 We saw more species of birds and mammals than we could shake a stick at, including one leopard, which turned out to be one of only two leopards we saw during our entire safari in both Kenya and Tanzania.  We saw one leopard in Kenya, who actually climbed down out of a tree as we watched (see earlier post from Masai Mara!) and scoped out the wildebeests and zebras who were nearby. Then we saw one fellow in Tanzania, who didn't move a muscle that we saw!  We joked that the drivers could have put a stuffed animal in the tree, then brought a bunch of us tourists to see and we'd never know the difference! 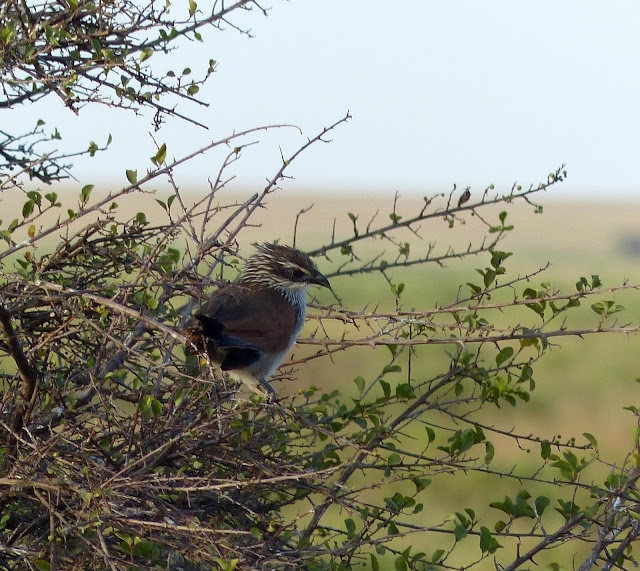 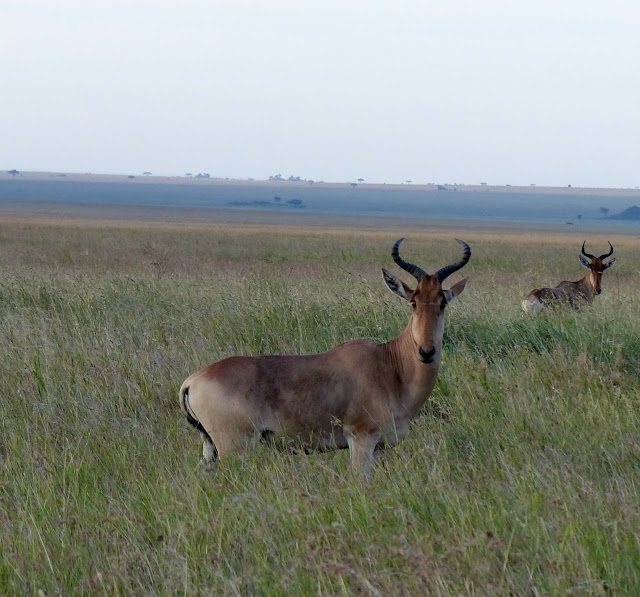 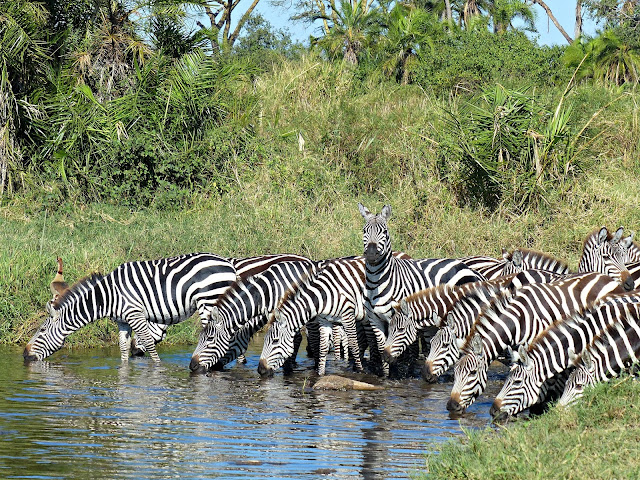 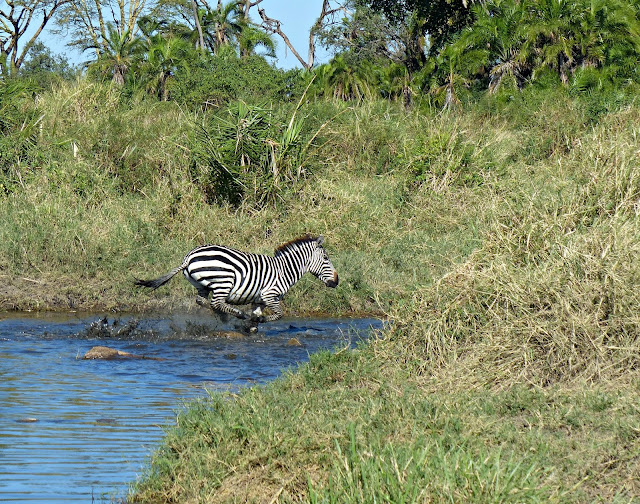 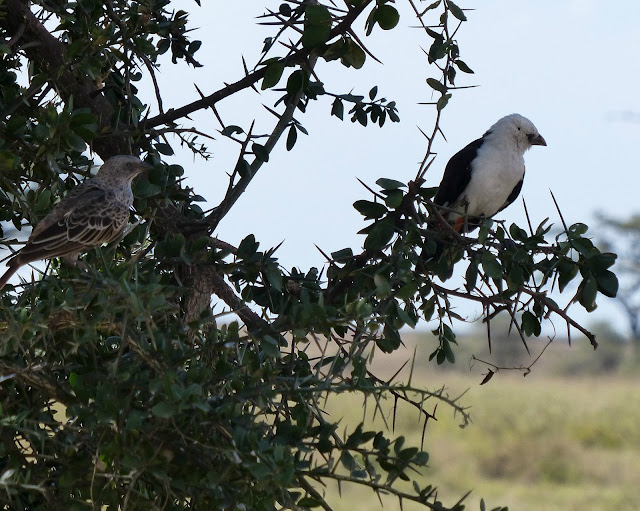 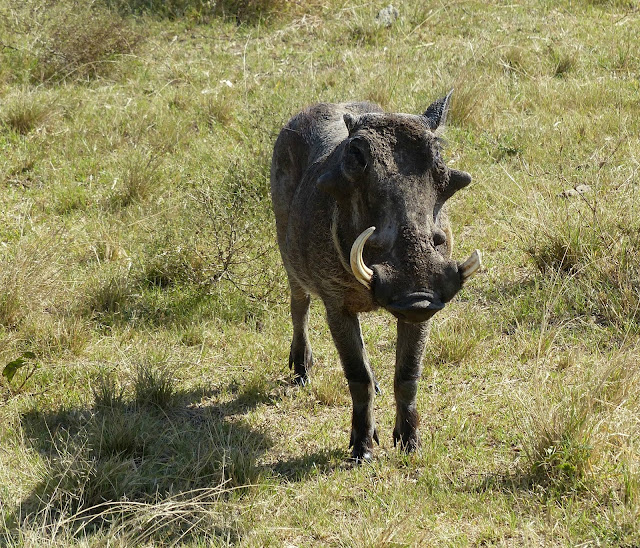 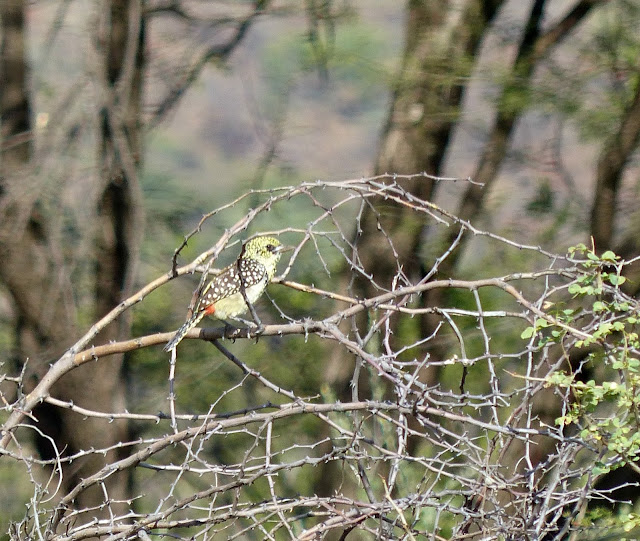 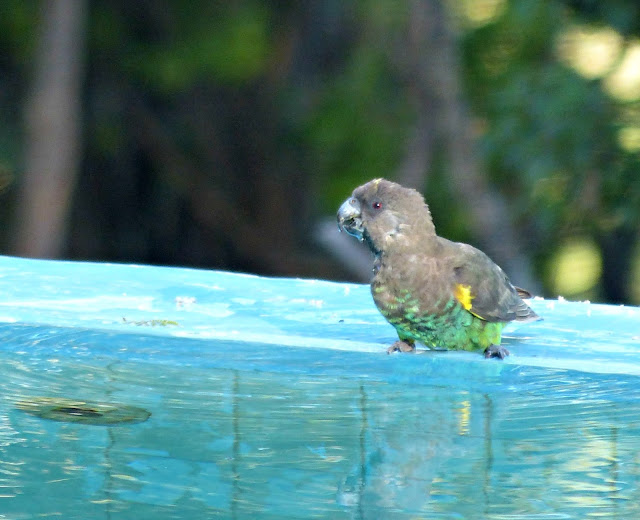 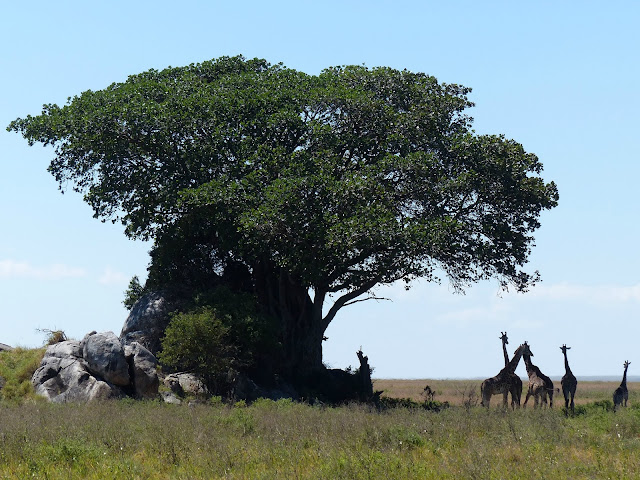 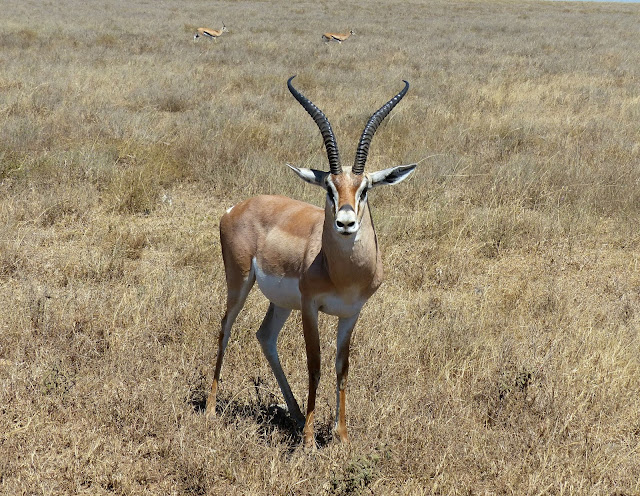 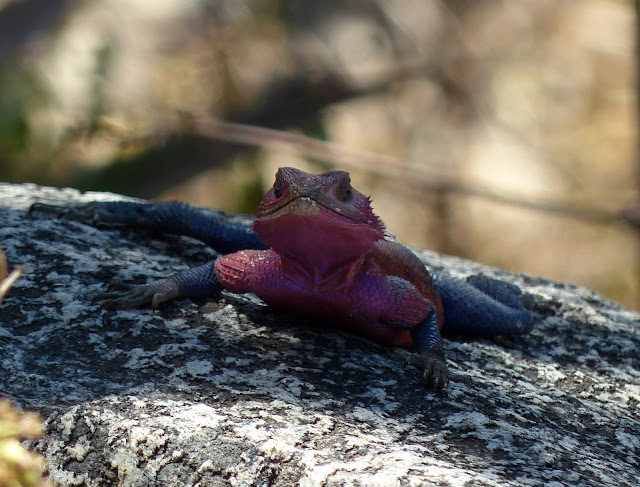 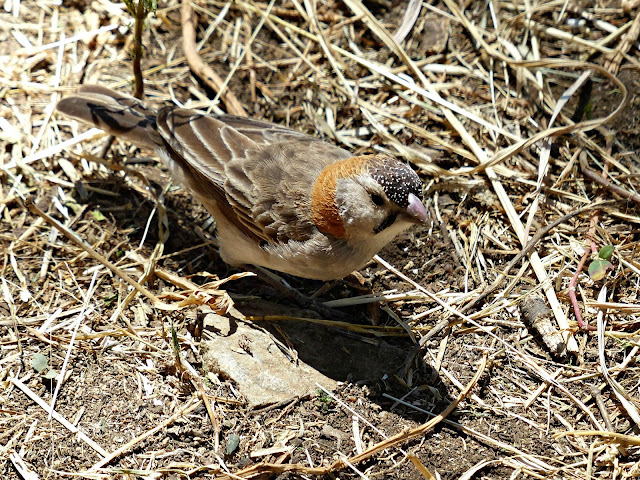 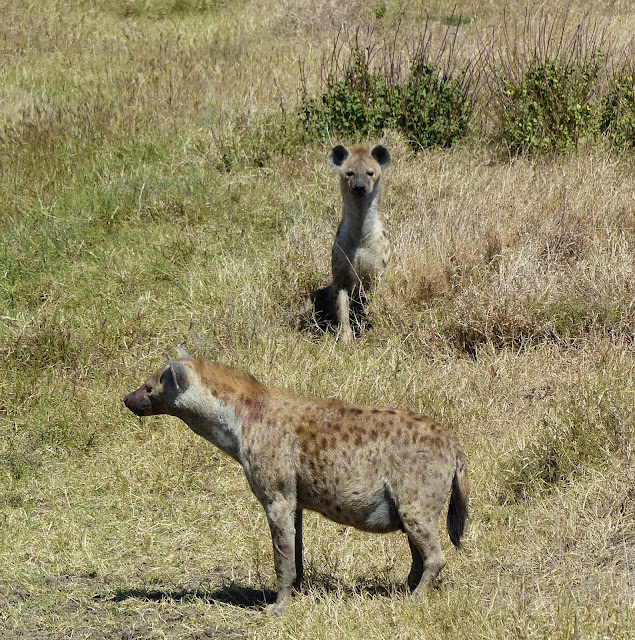 One of the most unusual animals we saw we originally thought were a couple of jackals hanging out. But when we pulled out the binoculars and the zoom lens, it turns out we were looking at two bat-eared foxes!  Check out the size of those ears!!! 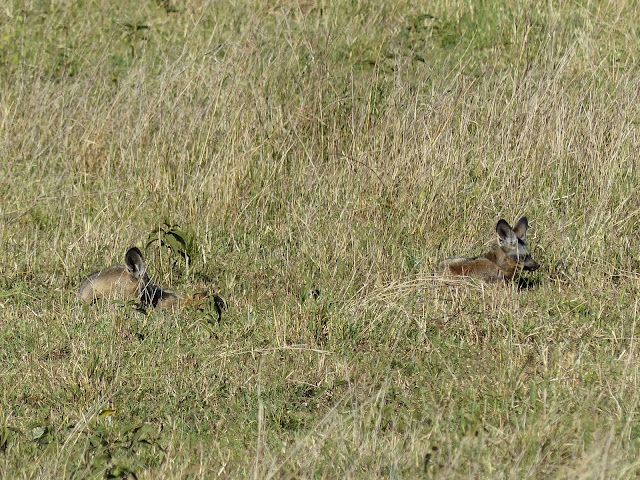 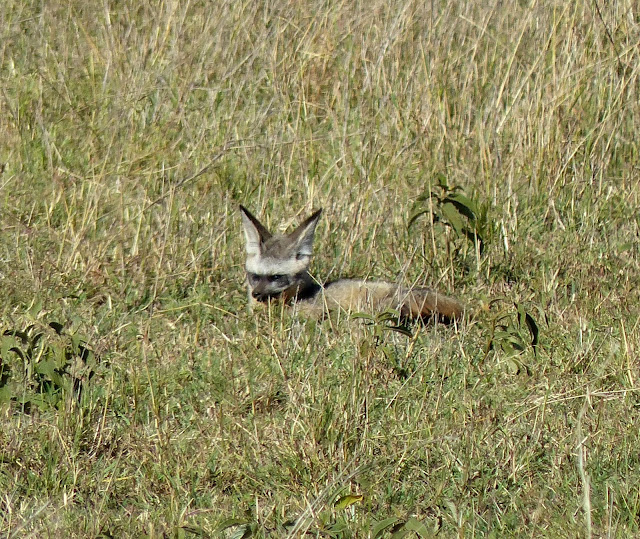 We also saw several unusual large birds, including this kori buztard and secretary bird.  The secretary bird got its name cause it looks like it's wearing heels and has quill pens tucked behind its ear!

But probably the most interesting event we saw in the park was two male lions who were sunning themselves beside a creek when a small herd of gazelles came ambling right up to them.  The oldest of the lions (the one with the larger mane) made a successful go at grabbing lunch, while the youngest had to watch from a distance as the older male refused to share.  I only took still pictures, but one of my traveling companions got video (don't worry about being too squeamish to watch the video - you don't see the actual kill, just the lion traipsing off with something in it's mouth).