Night Out on the Town!

Last night was the big night for Alexia's and some lucky friends night on the town with Nick Peterson from the Bachelorette.  She was the highest bidder at the Make A Wish Foundation Night of the Iguana auction last month.  I was thrilled that I was invited along for the ride!  A limo picked us up from the Marriott Wateride downtown.  We stopped to pick up three other girlfriends, then were off to Ocean Prime to eat, drink, and be merry! 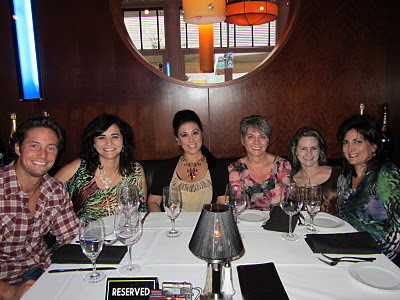 We were at Ocean Prime for several hours, then headed to Jackson's to continue the party.  It was a fun group, and Nick was definitely a good sport hanging out with five women who were all pretty much old enough to be his mom!﻿
Labels: Make A Wish Foundation; Night of the Iguana