I am so far behind on blog posts, I don't want to talk about it!  I have oodles of pictures from the trip to New York City with the mini-me's, and of the photo op I had with the Sumatran tiger cubs at the National Zoo.  But for now I'm thinking mostly of the wonderful time I had last night at a local bookstore in DC, Politics and Prose.

Simon Tofield, the creator of the Simon's Cat short video shorts was there!  He was so funny, and I bought his latest book, Simon's Cat vs. The World and got his autograph.  The man is so talented.  He had a flip chart he used to draw pictures of his characters, and also of his own four cats. 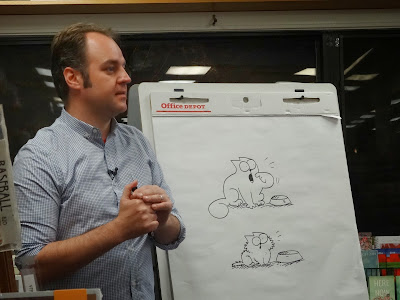 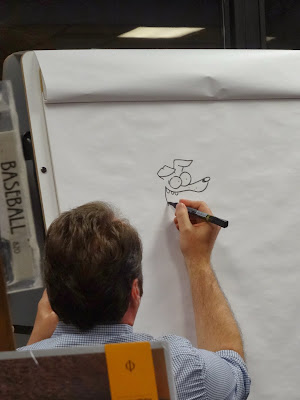 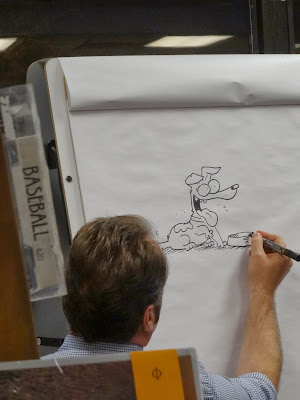 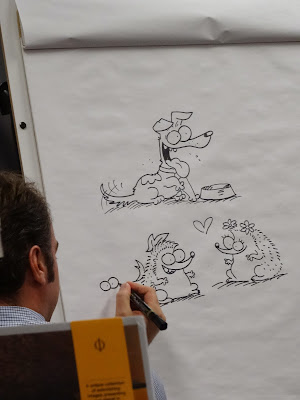 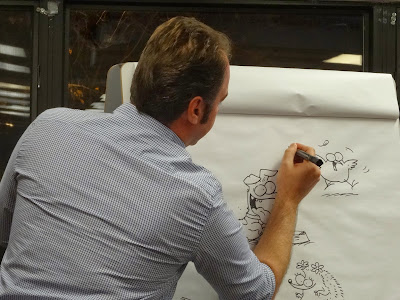 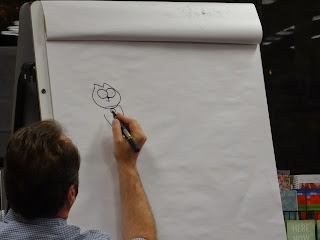 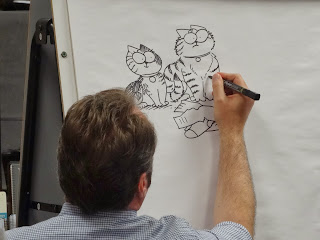 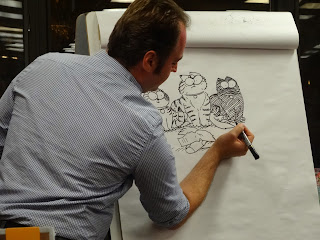 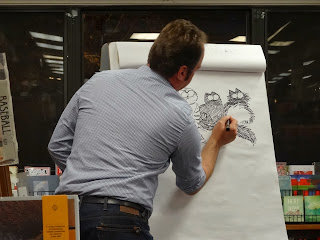 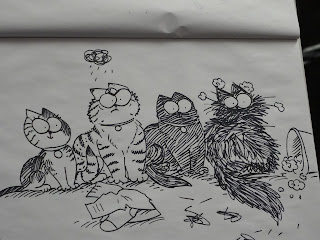 He told us about his cats (left to right), Jess, Maisy, Hugh, and Teddy.  Jess, his 13-year old tortie with tortietude who is a daddy's girl and sticks to him like glue.  Maisy, a former stray who is queen of the house, who hasn't shed all her habits from those days, like covering any left over food in the bowl with a sock to keep the other cats from getting it.  Hugh, a solid black, big stocky guy.  And Teddy, a rescue who showed up in a box on a farm, who tends to smell like popcorn when he comes home from exploring and loves to give head butts. 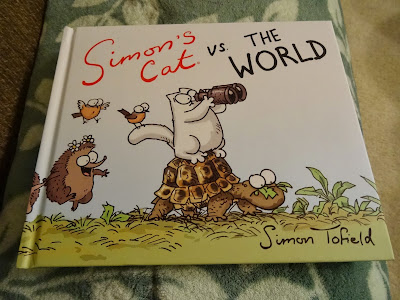 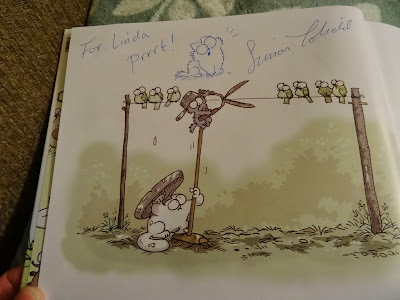