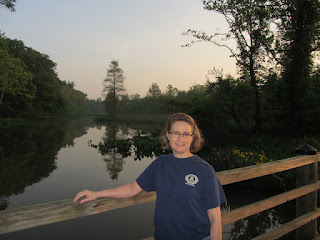 Yesterday I played tourist with Marc again.  We started the day out meeting at Theodore Roosevelt Island for an early morning walk (met at 6:30!).  It was very peaceful and there weren't that many people around yet.  There are several walking paths on the island that we explored.  It's hard to believe such a place exists almost in the middle of an urban area.

From there we went and dropped my car off to have some work done while we continued to play tourist.  We had decided to go to the National Zoo.  We parked in my spot in the garage at L'Enfant Plaza and hopped on the metro.  We made it 2 stops away from the zoo, where we were forced to get off because the train we were on wasn't continuing north due to work on the line.  It was such a nice day, we decided to walk the rest of the way to the zoo.  We puttered around the zoo for a couple of hours.  We got to see an orangutan making it's way from one enclosure to the next, which was one of the coolest things I've ever seen.  He had to be at least 30 or 40 feet up in the air.  Unfortunately, I am not a great judge of distance.  I just know he was pretty high up! 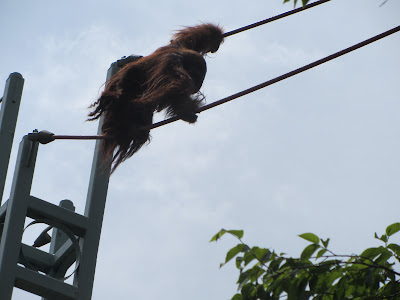 We visited the pandas and the big cats, which as you might can imagine, were my favorites.  I was a bit disappointed because they were doing improvement work on the sea lion and seal habitat, so it was closed.  Guess that just means I'll have to go back!  (Not like I needed an excuse!) 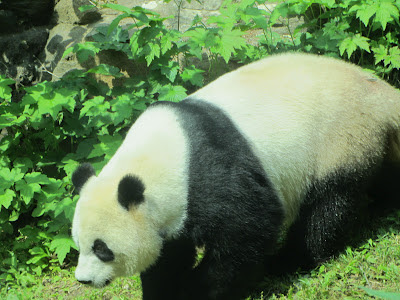 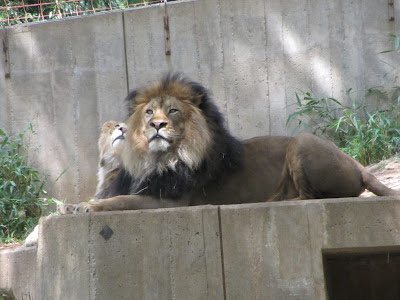 After leaving the zoo, we walked southwest to Georgetown.  It started to rain a few drops after we got to M Street, but never really materialized into much.  I didn't even take my umbrella out.  We ate lunch at the Tackle Box, then walked back to downtown D.C.  We walked by the major landmarks, including the White House. 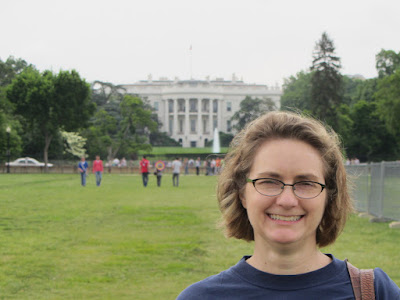 Then Marc took me back to pick up my car, which needed a new actuator for the driver's side door, and some kind of high pressure hose for the air conditioning which had stopped working (NOT a good thing this time of year!).  About a thousand dollars later I was out the door.  Ugh.

I'm not sure how far we ended up walking, but I do know we walked from about 6:30 AM to 4 PM, except for the stop to drop of my car and grab a quit breakfast at McDonald's, lunch, and a short stop to sit on a bench and people watch at the National Mall.  I don't think I've walked that much in one day since I did the Komen Breast Cancer 3-day in 2010!
Labels: Theodore Roosevelt Island; National Zoo; Georgetown