Snore & Roar at the National Zoo

Friday night I spent the night at the National Zoo!  It was a Snore & Roar that included a keepers experience along the Asia Trail.

I arrived at the zoo about 6 pm Friday evening.  The first course of business was to set up our tents.  We pitched the tents near lion/tiger hill (the big cats are inside at night, so we didn't hear any actual roars throughout the night!).  After the tents were up, our group of 19 meandered through the zoo to see who was out and about.  Here are a few of the animals we spotted:

After our ramble through the zoo grounds, we went back to our camping area where we had wine and cheese and played trivia.  My team (the Clouded Leopards) won second place!  We called it a night about 10:30 pm, and I fell asleep to the sound of a gentle rain tapping on the roof of my tent.

I woke up about 5 am to this awful racket that sounded like someone letting the air out of a huge air mattress.  It turns out it was the sprinklers that came on just up the hill from where my tent was.  I didn't get wet, but several others who had pitched their tents up the hill did.

At that point, I was wide awake, so I grabbed my toothbrush and headed to the restrooms close by.  When I came back I looked up and saw over a dozen bats flitting around above my tent.  They were flying so fast, I could be wrong about the number!  I tried to get some pictures without any success.  It sure was a neat sight to see.

After a breakfast of bagels, yogurt, and fruit, we were off for our keeper experience.  Our first stop was the sloth bears.  We got to go behind the scenes and see where they sleep at night.  We also were given the opportunity to feel them meal worms.  I was like, meal worms, I'm not touching those things.  But then I thought, doggone it, I'm here and I want the FULL experience.  Give me some of those meal worms!  And feed Hannah meal worms I did!  He slurped them up through a long slender PVC pipe, just like a vacuum cleaner.  The meal worms ended up being dry, not slimy like I thought they'd be.  And Hannah slurped them up so fast, they barely touched my hand!


Then it was off to see the fishing cat.  He was so far in the rear of the enclosure, I never did spot him.  Next we stopped off to see Ty, a 12 year old clouded leopard.  He is BEAUTIFUL!  The keeper had meatballs for him and we were able to see him climb the fence in order to get the meatball.  What an awesome sight!


Next we went to see the small-clawed river otters.  Only 4 of the 11 were out that morning.  The keeper threw some fish to them, but the glass we were looking through was so dirty and cloudy I wasn't able to get any good pictures while they were in the water.  But I did get some cute pictures after they ran down the hill. 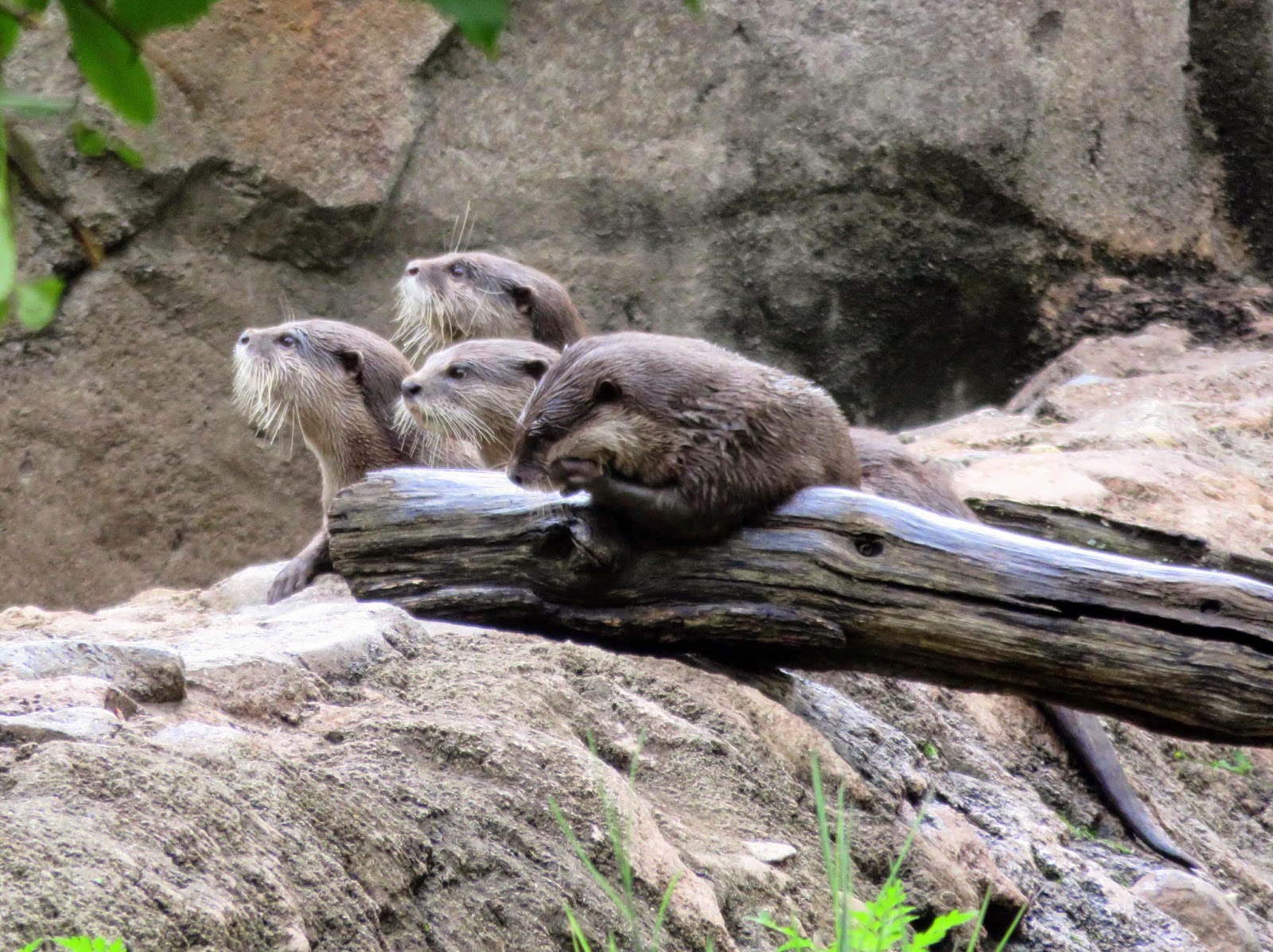 Our last stop was by the giant pandas.  The keeper threw a frozen apple juice sickle out for Tian Tian, who was definitely interested! 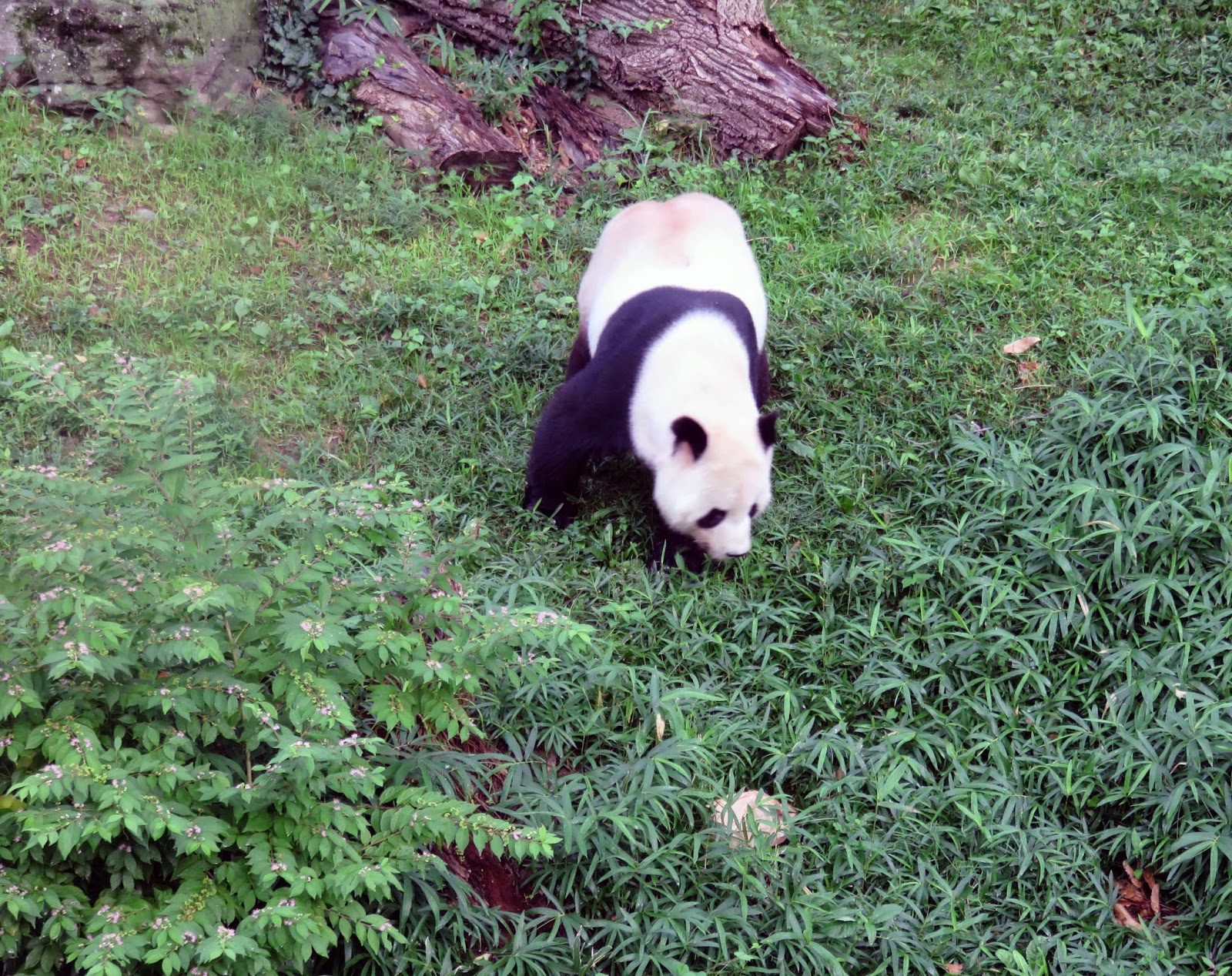 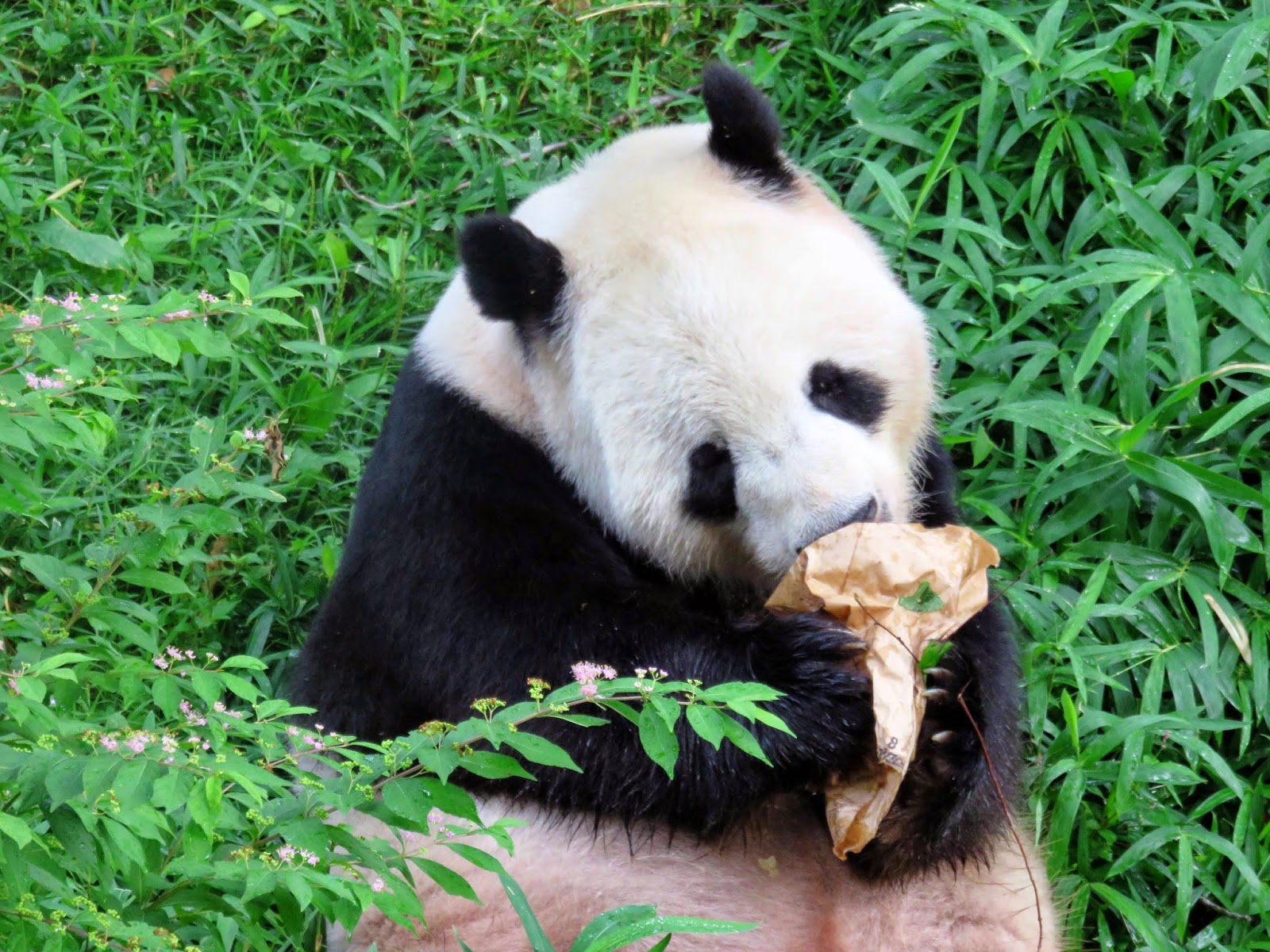 Baby Bao Bao, who turns one later this month, was up a tree and not interested in coming down!  I still can't figure out how she stays up there without falling out. 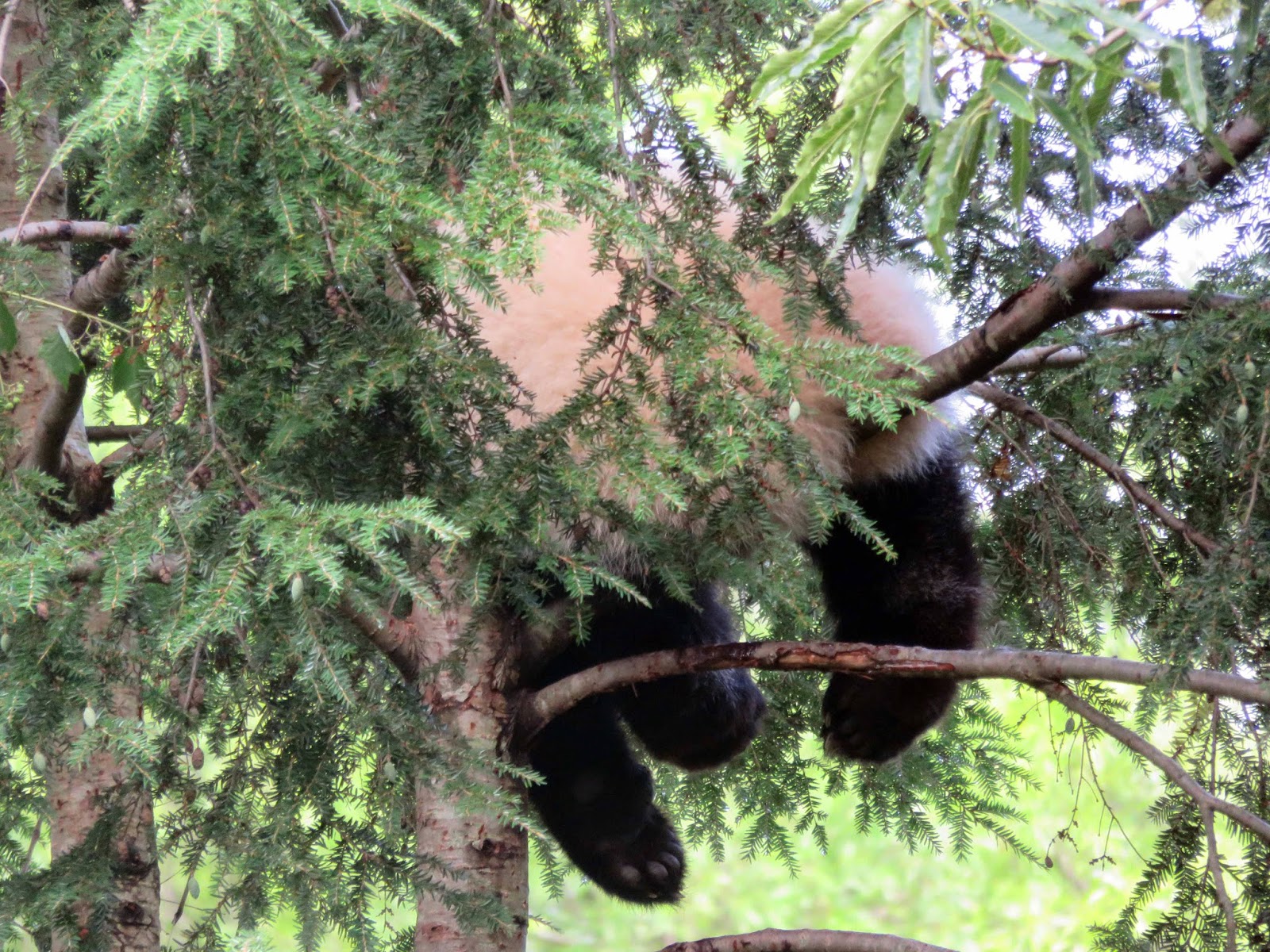 After the keeper-led tour ended, I started working my back to where I parked.  I decided to stop by the small mammal house where I encountered what may very well have been the highlight of my day.  Thor, the elusive sand cat, was front and center....and stationary!  I've never been able to get a good picture of him because he's always either curled up sleeping some place where you couldn't get a good picture, or he's been pacing so quickly that you couldn't get one.  I took tons of pictures since he was being so cooperative! 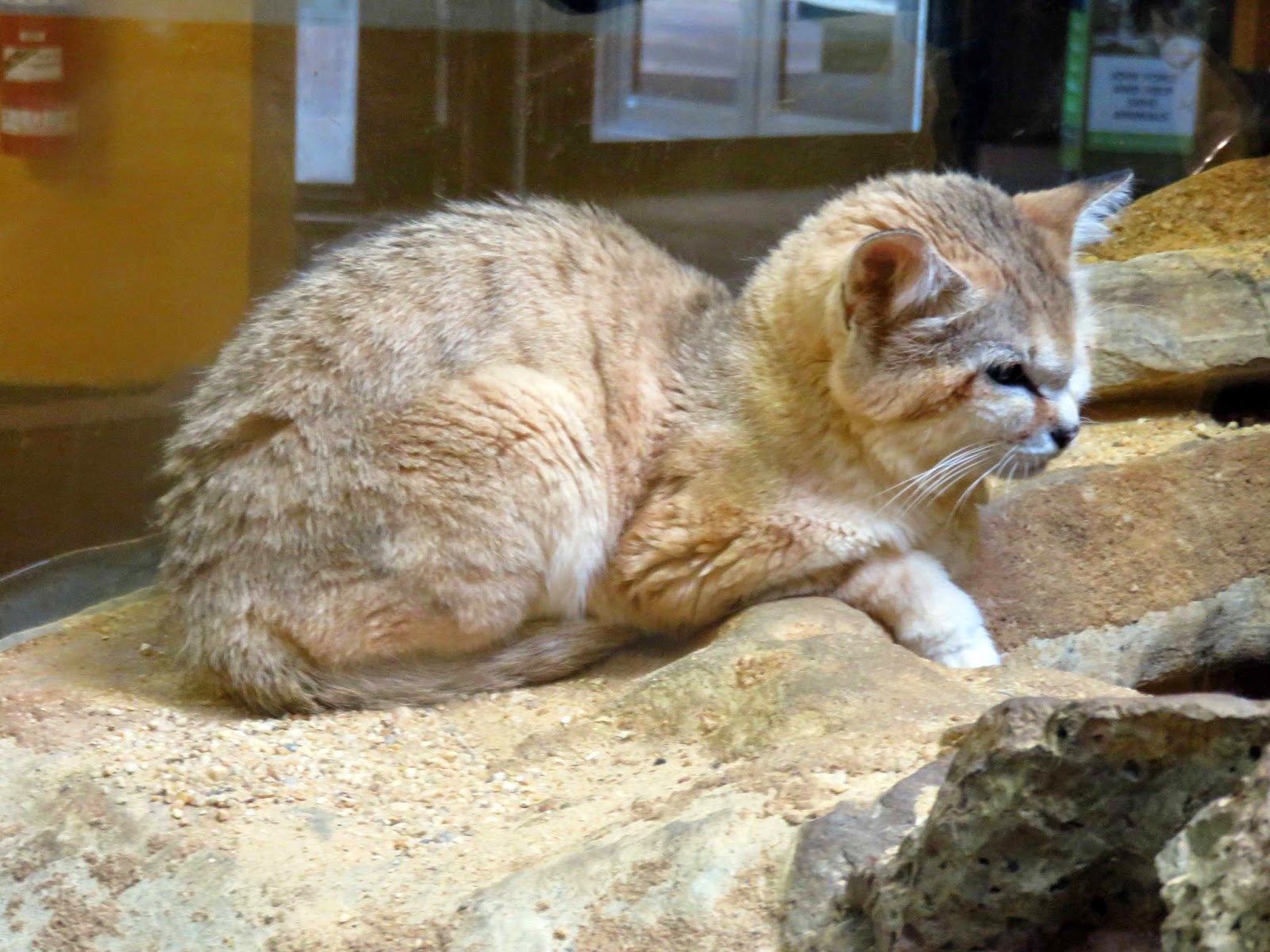 I made one last stop on lion/tiger hill before leaving the zoo.  The tigers were tuckered out and taking it easy. But the six lion cubs had energy to spare! 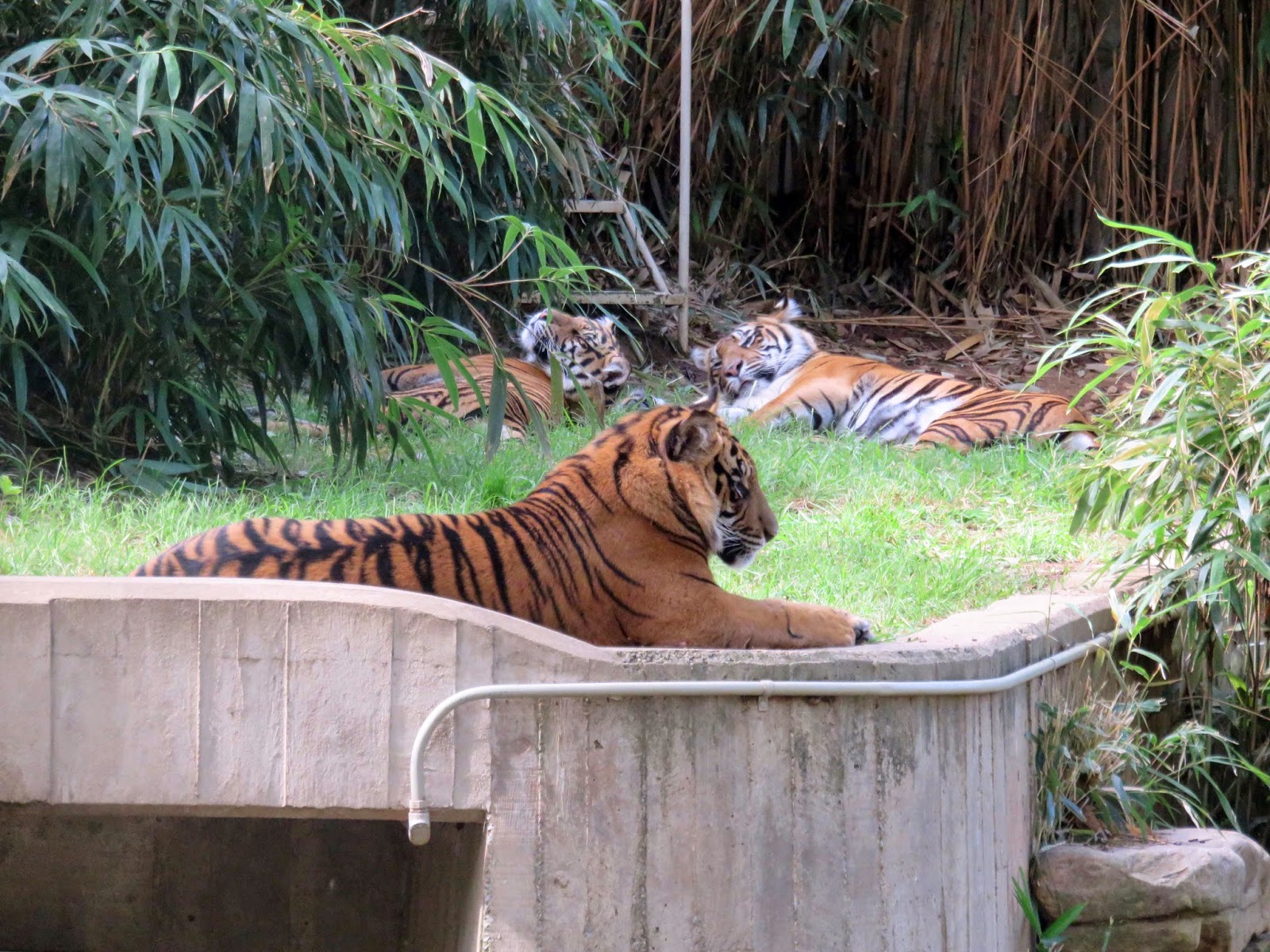 Just watching the cubs wore me out and around 11 am I headed for home.  What an awesome night and day!
Labels: National Zoo Snore & Roar