Mini Me Adventures When Mom's Friend Was in Town!

This past week mom's friend Jim came to visit.  They did a lot of running around, and we got to tag along!  It was so much fun!

We visited the Marine Corps Museum just outside Quantico, Virginia.  We got to see the second flag that flew over Iwo Jima.  A nice volunteer told us the museum has the first flag too, but it's in storage. 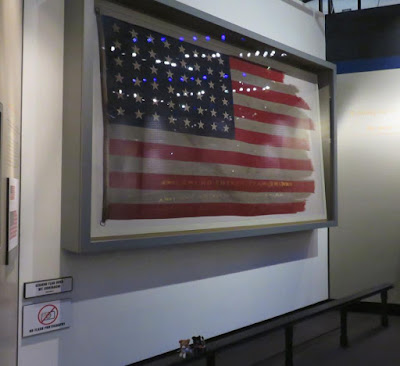 One day we went to Mt. Vernon, George Washington's home.  The grounds are very beautiful and from the porch you see behind us, you have an awesome view of the Potomac River.

Here we are at the American Indian Museum.  We're not real big on water, but since this canoe was just on display, we were OK with letting mom have a photo op. 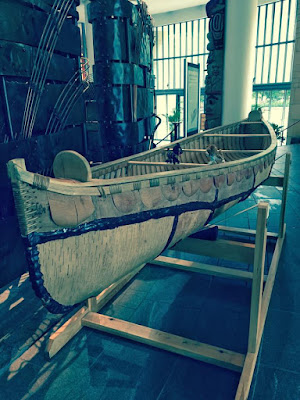 At the American History Museum we saw these ruby red slippers that were worn by some gal named Dorothy.  Mom told us a little about the story of Dorothy and the Wicked Witch of the West.  Mom says the wicked witch was just an animal rights activist who was misunderstood.  We've always thought witches were cool.  After all, they tend to like cats and treat them well. 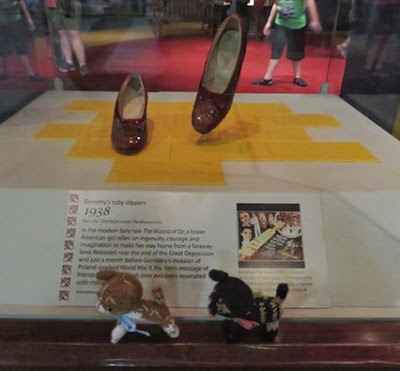 One of the neatest places we got to visit was the Pentagon.  Not many photos are allowed there, but at the visitor's waiting area, there was a podium where you could have your picture taken.  So we did! Cats rule!!! 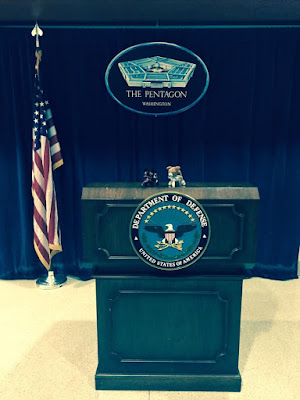 We visited several civil war battlefield sites south of Arlington, VA where we live.  At one of the sites, mom let us climb around on the canons.  That was fun! 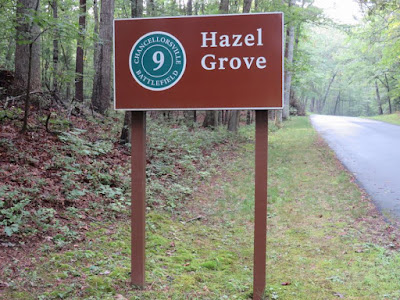 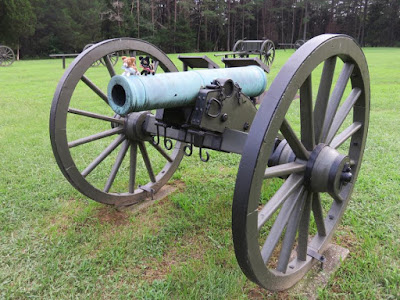 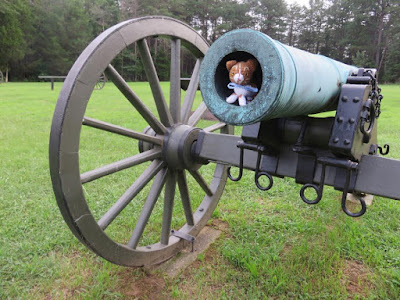 When we visited the Natural History Museum we saw some of our ancestors who had been mummified by the Egyptians.  The Egyptians thought cats were sacred, which is only what we deserve. 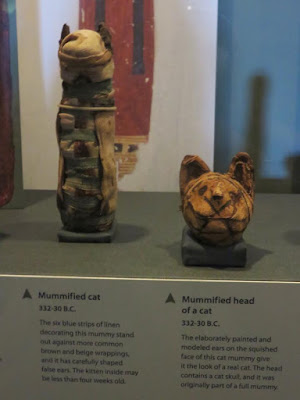 We also was the skeleton of a Triceratops.  It was REALLY big!  Mom says they are her favorite dinosaurs. 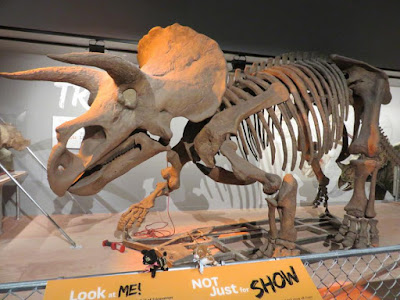 We got to see some mammals working on fossils.  We were very good and did not tap on the glass and disturb them. 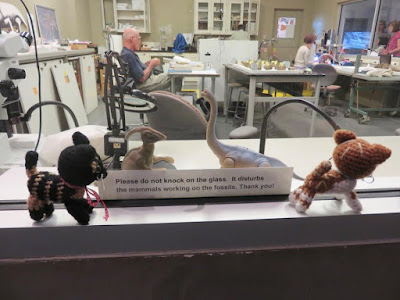