I am very excited that 2015 has arrived.  I'm starting a new journal, one of two I bought last year when Alexia and I visited Ireland in May. 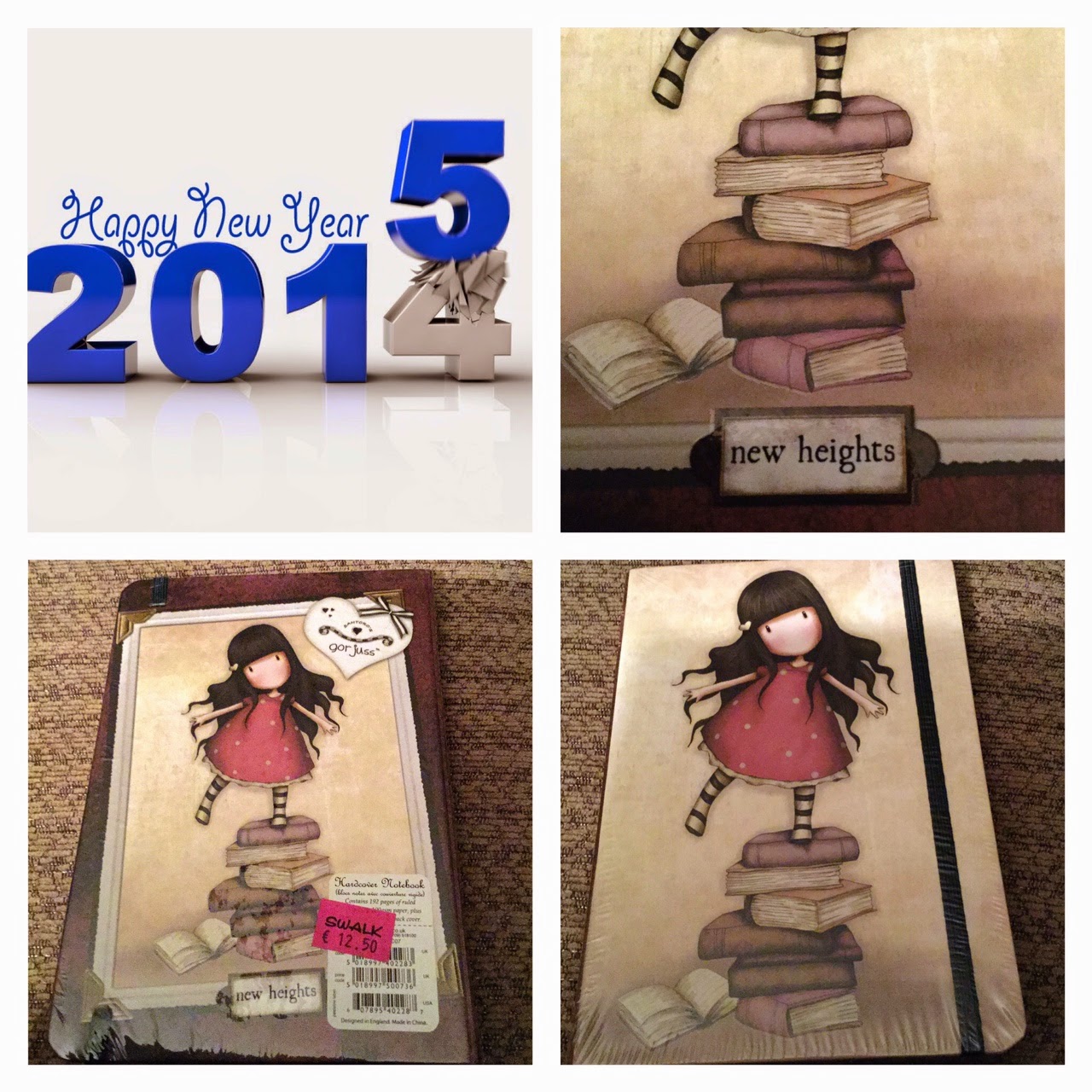 It resonated deeply with me as much when I bought it as it does now.  Then, because it shows a girl somewhat precariously perched on a stack of books.  As much as I love to read and considering I'm working on my master's in Library and Information Science, how could I not be drawn to it?!?  And now, because I hope to reach new heights this year as I finish my degree, retire, move to a new area, and see what the world has to offer next!

I'm starting the new year motivated to accomplish some things I've been wanting to do for a while, but just haven't managed to get to, including:


I am optimistic 2015 is going to be a fabulous year, and plan to keep my eyes and ears open for opportunities as they arise!
Labels: journal; Santoro; Gorjuss; new opportunities