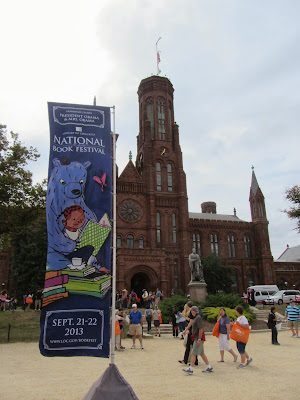 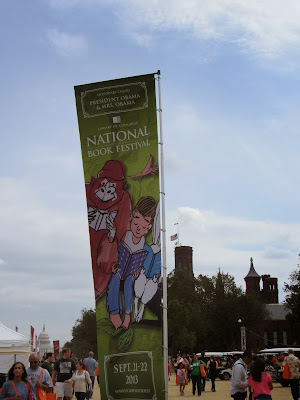 I also watched a skit about copyright law featuring Detective Cop. E. Wright.  It was entertaining and educational! 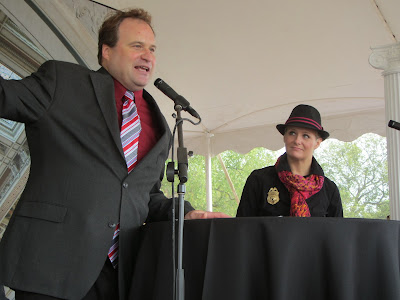 I caught part of author Brad Meltzer's talk.  I haven't read any of his books, but after listening to him, my interest is peaked enough that I plan to!  He's spoken with one of the former President Bush's (sorry, I missed which one) to get a perspective of what it's like to actually live in the big white house.  He also talked about Bill Clinton.  Supposedly when Clinton first became president, he said he wasn't going to go to Camp David because he had asthma.  When Clinton found out media weren't allowed at Camp David, his asthma mysteriously disappeared.  He talked about security at the White House and Camp David and someone in the audience commented that with all the security in the White House they couldn't figure out how Monica Lewinsky got where she went.  Meltzer piped up, "I know how she got there."  But he didn't go into detail.  What a tease!

Meltzer also talked about a series of children's books he is writing, each one based on a famous person, but in a context that kids can relate to.  One of the books is about Amelia Earhart.  Meltzer talked about how flying is no big deal to his young daughter, who has flown lots of times, so she wasn't impressed with Amelia Earhart and her flying record.  But she was impressed when she learned that when Amelia was about 7 or 8 years old, she built a roller coaster in her back yard.  She took a milk crate and strapped roller skates to it, then used a couple of 2x4s to make a ramp from the top of the tool shed in the back yard.  She slapped some lard on the 2x4s to make it faster, and down she rode!  This is supposedly a true story based on research that Meltzer did.  Another book is going to be about a young Abraham Lincoln. 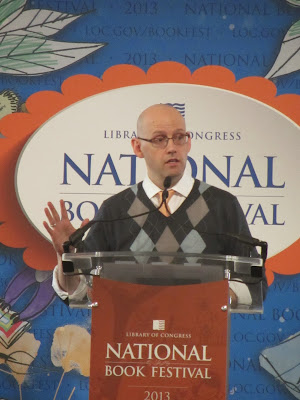 Meltzer could also be a comedian.  He definitely got lots of chuckles from the crowd during his talk.  Then came time for questions.  An aspiring author asked if he had any advice for someone who wrote horror.  Meltzer said they should come to one of his family dinners.  He went on to offer more practical advice and suggested a horror writer should write about what makes them afraid.  Because if it makes them afraid, it most likely makes others afraid too.

And all this was just during a couple of hours on the first day of the festival!

I went back on Sunday specifically to see one of my favorite Science Fiction/Fantasy authors, Elizabeth Moon.  I absolutely love her Heris Serrano series.  I learned one piece of sad news during her talk.  She will not be writing any more books in that series.  She wrote them when she was with a different publisher.  I don't understand the intricacies of that, but I'm assuming the publisher still has the right's to those characters or something related to whatever contract she had with them.

After the talk, I went to the book signing area and had her sign my copy of Hunting Party, the first book in the Heris Serrano series.  I own the entire series, but I only took the first book because I wanted it to have more significance.

I had a great time at the festival.  Mini-me Pepper and Dublin even tagged along for the ride and met library mouse!  I couldn't resist the photo op.  I don't think they were overly thrilled, but they were sports about it! 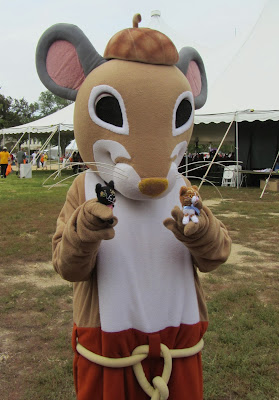